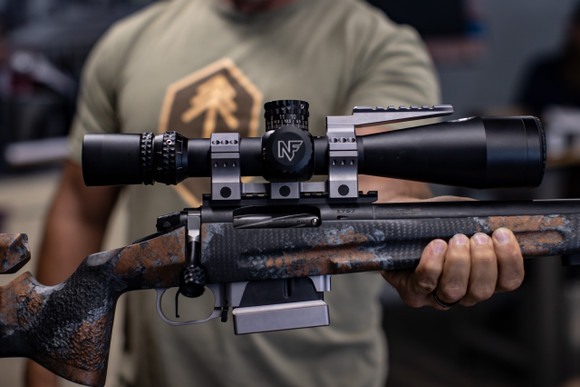 CNC-machined from a billet of aluminum, this bottom metal incorporates a barricade stop into the front of the magazine well, has a drafted magazine port, and also includes a patented cantilever spring release that will not open under recoil.

Hawkins Precision Heavy Tactical One Piece Mounts are the latest premier optic mount from Andy Hawkins, founder of Hawkins Precision. Like everything Hawkins Precision manufactures, the machining on the mounts is flawless, the design is solid, and they’re 100% made in the USA. Standard features on the mount include a built in bubble level, heavy-duty triple cross-bolt design, and a corrosion-resistant black anodized finish. Available in 1.270” heights and 0 MOA, the Heavy Tactical Mounts also come standard with a picatinny accessory rail that can be installed at the user’s discretion.